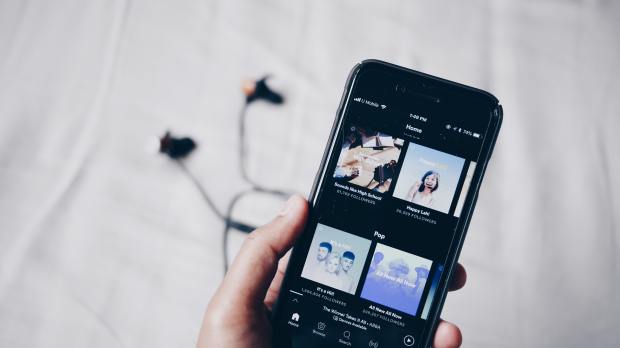 For most of us, the way we listen to music has changed drastically. We no longer have to walk to a music store and pay upwards of £8 for a CD, to then spend countless hours burning it onto a computer. Then after all that you still have to transfer it onto an MP3 player or a blank CD, it was all a bit of a faff.

For millions of people music streaming services have become a part of everyday life. Whether it be Spotify, Apple Music or Soundcloud, we don’t think twice about opening the app and pressing play. These platforms have made it so easy for us to access our favourite songs and artists and made music so much more accessible.

In 2020, the UK streamed around 139.3 billion tracks which was up by 25.1 billion from the previous year. It’s estimated that 80% of the revenue from recorded music is generated by streaming. It is also believed that there has been a continuous increase in hours spent listening to music due to it being more accessible than ever. So, we think it’s safe to say most of us are enjoying this new way of listening to music.

Streaming platforms offer users instant access to a limitless amount of music from around the world for just a small fee of around £9.99 a month. Apple Music and Spotify even offer personalised playlists that are based off your listening habits. These playlists can open you up to new artists and songs or even reintroduce you some old favourites you might’ve forgotten. Spotify has also started heavily pushing podcasts such as The Joe Rogan Experience which even features video which makes us wonder: is it becoming more than just a music streaming platform?

An End of an Era

With streaming platforms becoming increasingly popular it means we don’t really have any need for CDs, with brands like HMV continuing to close its physical stores. It was also reported in 2015 that worldwide CD income was inevitably overtaken by digital music revenue. It’s almost sad to see the popularity of CDs decline as it was so successful and profitable for the music industry.

So, what does the future for music hold? It seems as though streaming will continue to grow and possibly branch out into more exciting avenues. We might also see a resurgence in people buying CDs much like we are now with vinyl records but that could be way in the future. We’d still recommend keeping a hold of your favourite CDs though, as you never know how much they could be worth in the future.

Photo by Fixelgraphy on Unsplash