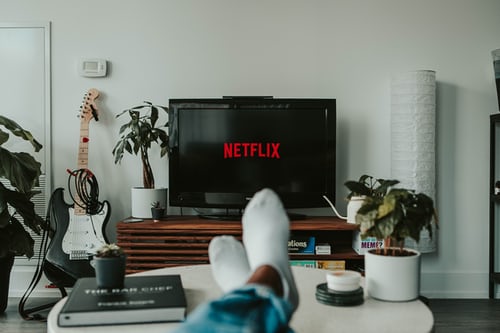 Let’s be honest, we’ve all been super unmotivated since last March and the only thing we’ve really been doing is working, studying and binging Netflix. But scrolling through hundreds of Netflix films trying to find the perfect film to watch is boring and inconvenient especially when you’ve just finished work or studying all day, so we’ve gone through and picked the top 5 chick flicks to watch at the moment, so you don’t have to! So, go get in your PJ’s and grab some ice cream because we all know you’ve got nothing else to do!

This is a heart-warming film about a young girl named Jenna who wishes to be 30 and when she wakes up the next Moring she flashes forward 17 years to discover she isn’t the person she wanted to turn out to be and she does everything in her power to try to become a beautiful person. It is a great Saturday night film to watch

If you’re a fan of Hillary Duff and cheesy high school drama this film is for you! Sam meets the boy of her dreams at a school dance before having to leave quickly to return to work in her stepmother’s diner but can her lost phone reunite the pair? Does this sound familiar? Yeah, its basically a modern day high school Cinderella! A perfect film to sing.

This film is old but GOLD! If you haven’t already seen this film, WHERE HAVE YOU BEEN? And if you have seen this film, GO AND WATCH IT AGAIN! This is an amazing film from 1999 starring Julia Roberts and a young Hugh Grant (a very attractive young Hugh Grant) who plays William Thatcher and meets a Hollywood superstar in his tiny bookshop in the West London borough of Notting Hill and ends up falling head over heels in love with her. This film is a must see for anyone whether you like chick flicks or not so if you’ve got a boyfriend who’s refusing to watch it – MAKE THEM – they will not regret it!

This film stars Adam Sandler and Jennifer Aniston and is about a plastic surgeon who gets his heart broken on his wedding day. From this day on he uses his wedding ring to chat up ladies in bars because he has commitment issues. He meets what he thought was the love of his life but when she finds his wedding ring, he has to explain to her that he was married to a woman, but they are now divorced. This is a lie. So he dotes upon his trusted assistant to be his fake ex-wife and the lies keep getting bigger and bigger. So, the new couple end up in Hawaii with what he believes is her new boyfriends’ ex-wife and children which SPOILER ALERT they are not his children, they are hers, but everyone has to JUST GO WITH IT. The film is one of my ultimate favourite films it is uplifting and a definite must watch.

This final choice was a hard one because there are so many fabulous chick flicks to watch on Netflix but Wild Child will always be a favourite of mine! Poppy Moore is a spoiled American teen from Malibu but when her father has finally had enough of Poppy’s outlandish behaviour, he sends his Princess to a strict boarding school in the rainy British countryside. This is where Poppy sabotages her uniform, gets her phone taken off of her and… snogs the head mistresses (very hot) son! This film is very funny and is guaranteed to make you giggle.

And once you get through those 5 films here’s some more to keep you going! Clueless, Mean Girls, Kissing Booth, 50 First Dates, Blended, DUFF, Just Friends, Angus Thongs and Perfect Snogging, Easy A, Bad Teacher, Along Came Polly, The Notebook, Forgetting Sarah Marshall, P.S. I Love You, The Break Up, Dear John, Bridget Jones Diary (all of them).

View all posts by miaharding →