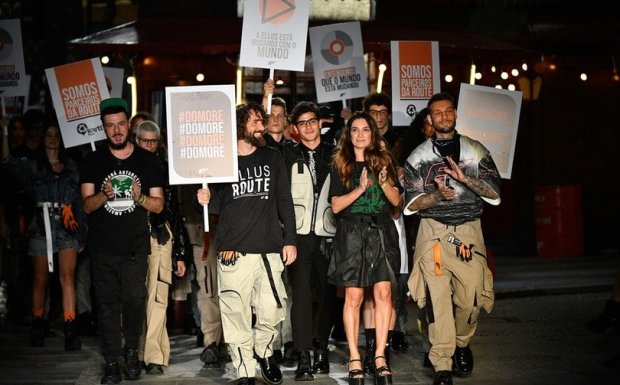 The photo was a careless move by the fashion director which to the many who saw the post, evoked colonial Brazil, when white elites ruled over black slaves. The photo seemed to trivialise struggles that some Afro-Brazilians still face.

Whilst the photo was not taken at an official Vogue event, the backlash from the controversy led to Donata Meirelles resigning just a few days later and a public apology from the magazine. Afro-Brazilian activist and actress Tais Araujo posted on Instagram in response to the controversy, “This suffering is so naturalised that it is difficult for people who do not identify with the girls standing by the chair to feel what the black population feels, everything becomes natural.”

This event reinforces that Brazil’s fashion industry has a diversity problem. According to a Brazilian Institute of Geography and Statistics study released in 2016, 54% of Brazilians identify as black or multicultural. However, the mainstream fashion industry has been accused of a lack of ethnic representation. In fact, following pressure from activists, it became mandatory that 10% of models in each show must be black at the Sao Paulo Fashion Week.

“In a country where most of the population is black, its troubling to think that fashion, one of the most important vehicles of cultural and social expression, excludes such large numbers of creators and consumers,” says Carol Barreto, Afro-Brazilian artist and fashion designer.

In this current landscape, many marginalized groups turn to the internet and social media to have a voice. Luiza Brasil, influencer and columnist for Brazilian Glamour, has created Mequetrefismos, an online publication to promote the work of black people within fashion and beauty industry. Luiza Brasil believes by empowering black creatives in the digital sphere will help to change the existing narratives faced by marginalised groups in Brazil’s mainstream fashion industry.