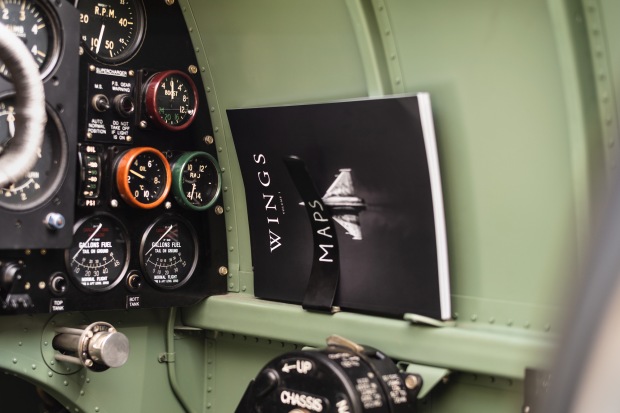 Remembrance Day this year saw thousands gather near Buckingham Place to watch almost 100 planes at the flypast in celebration of 100 years of the Royal Air Force. Coincidentally, I met with Jack McBride of Wings Magazine to chat about his career success becoming an editor-in-chief at the age of 24.

‘Oh hell no!’ Jack says, as he sips from a glass of OJ. The short, but succinct, response suggests he had no idea that he’d be the founding-editor-in-chief of Wings Magazine, especially at the age of 24. His iPhone is resting on the table within close reach, incase an email comes through, patiently waiting for our interview to start. He jokes, ‘These days, I have enough fighter pilots in my contacts book to start a small air force!’ Something he had only dreamed of as a young-boy. Jack grew-up in South Woodham Ferrers, a small commuter’s town in Essex, but always lusted for a city life. When his dreams of becoming a fighter pilot were shattered because his eye sight wasn’t strong enough, Jack moved to Norwich, city of arts, to study a degree in architecture. Everyone was surprised, even Jack himself, that he studied something creative and had a lot more freedom than that of the regimented RAF he once planned to be a part of.

Post university, Jack came back home to the realisation that he’d changed into this creative, cosmopolitan young adult, but the people and place around him hadn’t. His career, for a while after university was difficult, but he spent a lot of time in London, testing different waters to see where he would end up. Wings came as a fake project as an expansion to his portfolio, so he could put his industry skills into practice. A few friends saw the clean, crisp pages Jack had created and pushed him into making Wings an official aviation publication. ‘It was my New Years resolution! Plans were in the pipe line by October 2017, and by 2018 we have it, Wings Magazine.’ Jack explains with a modest tone. He goes on to say how his aim soon became bringing a well-designed and important home for aviation content creators to place their feet. ‘We found a gap and we needed to fill it.Wings allows both aviator’s and those naïve to the aeronautical world to read stories about cool people doing cool things.’

Available online direct through Wings Magazine, or stocked on the shelves of Mag Culture (London) and Magalleria (Bath). The future of Wings Magazine looks bright with plans to grow through advertisements with a similar aesthetic and collaborations with lifestyle brands, eventually becoming more than a magazine. ‘No one does what Wings does.’ Jack closes.