Over the past 40 years Peter Lindbergh has offered a new interpretation on women without paying too much attention to the clothes. During the times of excessive retouching Lindbergh defined the standards of beauty through fashion photography, capturing simple and revealing portraits. Typically shot in black and white, his images display emotion and truth, carrying the story of the women he photographs.

Lindbergh’s career began in 1988, when Anna Wintour (newly appointed editor-in-chief for American Vogue) used his photograph for her first cover starring Israeli model Michaela Bercu. Wintour wanted to display optimism and believed that Lindbergh could bring this to the magazine. The image was considered by many to be a revolution after it broke all the rules. Michaela wasn’t even facing the camera. Her eyes were nearly shut. But most of all the image perceived itself as being easy and natural, unlike any cover before.

Two years later Lindbergh was commissioned by Liz Tilberis to photograph the January 1990 British Vogue Cover in which he chose to feature five young models, Linda Evangelista, Naomi Campbell, Christy Turlington, Tatjana Patitz and Cindy Crawford. Little did he know this image was to become ‘the birth certificate of supers’ and announce the new era of fashion photography – one that privileged the soul and personality of a person.

Lindbergh shot the Pirelli calendar 3 times, in 1996, 2002 and 2017. In 2002 the calendar was suitably named ‘Hollywood’ after he chose to feature actresses, which brought a new realism to the Pirelli. They were no longer just barely dressed women but women that carried a sense of their own narrative.

In 2017 Lindbergh shot his third Pirelli calendar – Emotional – making him the first photographer to photograph it more than twice in the history of Pirelli. For the first time the calendar moved away from displaying perfect bodies and instead intended to capture the emotion and sensitivity of the women in the images, portraying them naked rather than nude. 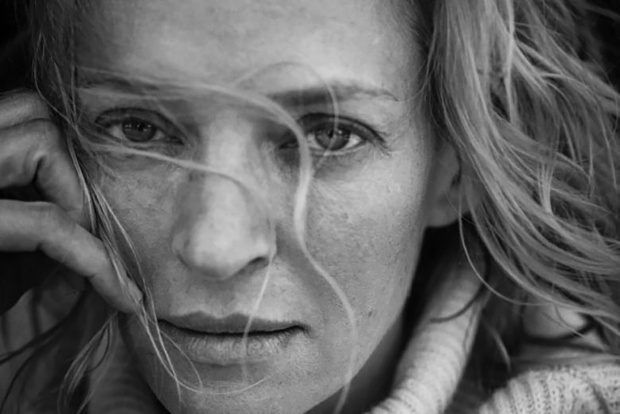 Considered a pioneer in photography, Lindbergh continues to stand against photographers who create unrealistic images of women as well as today’s selfie culture. In the May 2016 issue of ArtForum, in an interview with journalist Isabel Flower, Lindbergh voiced that:

“A fashion photographer should contribute to defining the image of the contemporary women or man in their time, to reflect a certain social or human reality. How surrealistic is today’s commercial agenda to retouch all signs of life and of experience, to retouch the very personal truth of the face itself?”.